‘Jersey Devil’: Is It Real? 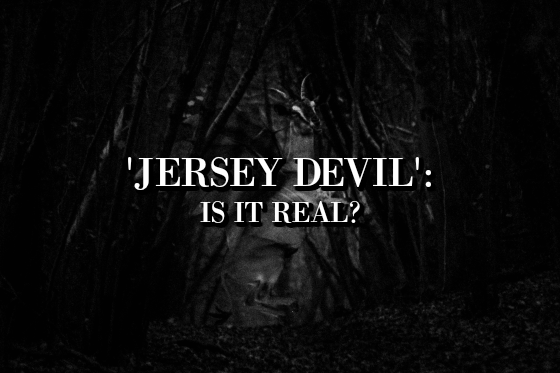 I received the following information in 2013. Could it be the ‘Jersey Devil’?:

Hey, I stumbled upon your site cause I been searching for what I just seen for like 2 hours and have no luck. I live in South Jersey in a somewhat wooded area, very calm and normal small town. Anyway, today in the car on the way to the store I was looking at the sky. It was about 7 or 8 at night and I seen this strange thing in the sky. It had huge wings like a bat, it was like a dark brown color. There was no feathers at ALL. The body was black, with short or no hair. It had a very slim body and a small tail. The thing about this bat creature was it’s size. It was bigger then a hawk. And in my town, we always see hawks so I’m used to seeing them. I’m also used to seeing bats. This creature flapped it’s wings slowly but the bats here usually flap their wings fast? That’s the strange part for me. I could’ve sworn it was pterodactyl! No one believes me! I just need to know what the hell I seen! Please help!

I contacted the witness for more specific information…and received the following:

Thanks for responding! And I live in Voorhees, New Jersey. 15 minutes from Cherry Hill. Not too far from The Pine Barrens, isn’t that where the Jersey Devil is considered to be? And from what I heard, the Jersey Devil has like hooves and I this creature didn’t have any. Maybe I’m wrong. But anyway, this thing flew pretty low and I didn’t get to see its face. I know it’s wings had no feathers or anything. It flew at a fast speed even it’s wings were flapping slow. That’s all the details I can get for seeing it before it flew away. BA

The following accounts have also been received:

“When I lived in New Jersey I was at a friend’s house, and at the time I had no clue what the Jersey Devil looked like. I seen a shadowy figure that looked like a large satyr at the end of the street late at night, while waiting for my friend to come out of his house. It was really dark, but it was a shadow-like. It was blending in with the environment like a chameleon. It was dark so I could have just been seeing things, but when I told my friend what I saw, he showed me pictures of the Jersey Devil. I didn’t know ahead of time, so I couldn’t have psyched myself out ahead of time. I also didn’t know where the Pine Barrens were. I thought it was hours away not a few minutes away.” LS

“You people can believe what you want. When I was in middle school in 2000, my class was on a retreat in the Pine Barrens and my bunk mate and I saw a very furry humanoid right out side our windows. We closed our eyes and didn’t speak of it until we left.” H

“The legend of the Jersey Devil is true. I saw it. It happened on December 23, 2009. Me and my family were having dinner at night when we heard a scream and it sounded like nothing I’ve heard. I got my shotgun and looked in the trees with my shotgun and it was standing in a trail that I walk down. I took one shot, then it flew off. I’m scared to even go outside at night or go down the trail.” PB

Strange But True: From the Files of FATE Magazine

Monsters of the Midwest: True Tales of Bigfoot, Werewolves & Other Legendary Creatures