The controversial host, known as the founder of the InfoWars website, made the claims today as he addressed a “You Can’t Close America” demonstration in Austin, Texas.

About 200 protestors defied social distancing rules this afternoon to mass in front of the Texas Capitol to call for lifting of the lockdown.

The rally was organized by Infowars, owned by Jones, who joined protesters on the Capitol steps after arriving on his Infowars “tank”.

Along with the protestors, he compared Texas Gov Greg Abbott’s lockdown orders to tyranny.

He said: “Don’t let them tell you like the Nazis did that you are not essential

“And this is 21st century war attempting to shut us down and Texas is leading the way against these tyrants.”

Chanting “Let us work!” and “Make American free again,” demonstrators yelled into megaphones, recording each other on their phones and parading up and down 11th Street at the Congress Avenue intersection.

Waving placards and flags, some demonstrators chanted “Fire Fauci,” calling for Trump to remove the man leading the White House task force against the virus.

Dr Tony Fauci has become a target for some on the right, with a recent YouTube video claiming he is part of a “deep state” conspiracy against Trump racking up 6million views.

The viral footage is rife with misinformation about Fauci and COVID-19.

Alex Jones, surrounded by fans, compared stay at home orders to what Nazis did. Said this is “21st century war” and those who ordered them “tyrants” pic.twitter.com/HwI6nHu7DV 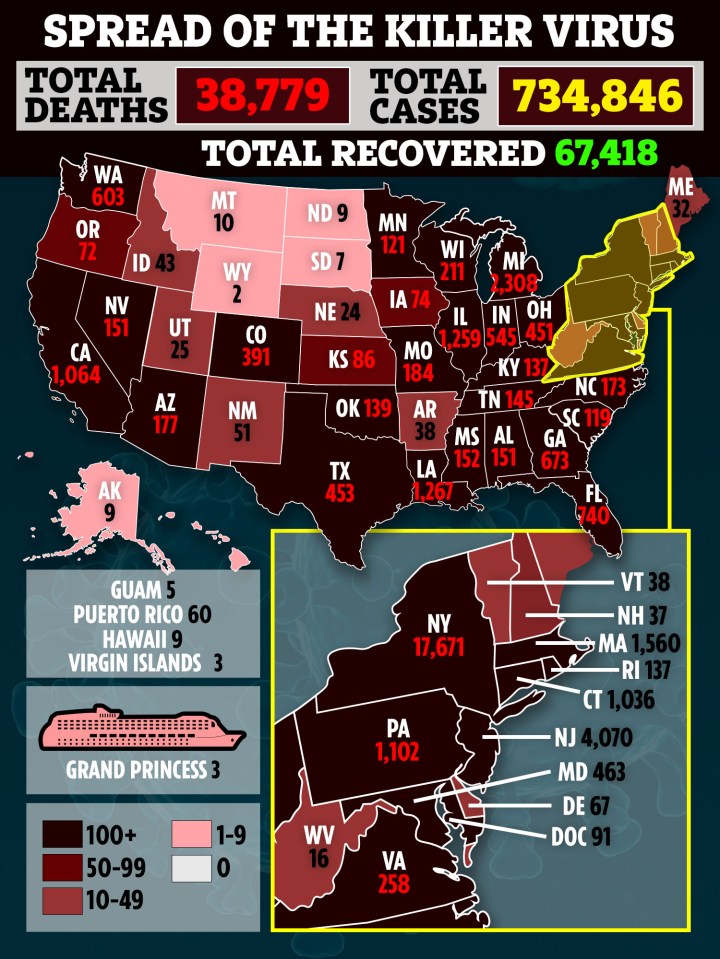 CATCH OF A LIFETIME

IN LINE OF DUTY

Donald Trump, whose administration waited months to bolster stockpiles of key medical supplies and equipment, appeared to back protesters.

“LIBERATE MINNESOTA! LIBERATE MICHIGAN! LIBERATE VIRGINIA”, the President thundered in a tweet-storm in which he also lashed out at New York Gov. Andrew Cuomo, a Democrat, for criticizing the federal response.

Elsewhere, a few hundred demonstrators cheered and waved signs outside the Statehouse in New Hampshire, which has had nearly 1,300 cases of the virus and more than three dozen deaths through Friday.

Talk show host Ian Freeman, who attended the demo, said: “Even if the virus were 10 times as dangerous as it is, I still wouldn’t stay inside my home. Id rather take the risk and be a free person, said one of the protesters,

Trump is pushing to relax the US lockdown by May 1, a plan that hinges partly on more testing. 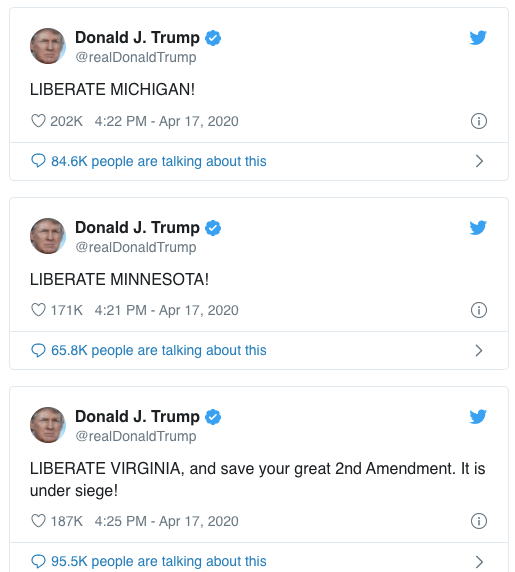 State troopers standby as the crowds head to the Capitol[/caption]

Gov Abbott has already said that restrictions will begin easing next week, while Indiana Gov Eric Holcomb who signed an agreement with six other Midwestern states to coordinate reopening said he would extend his stay-at-home order until May 1.

Rhode Island, sandwiched between the hot spots of Massachusetts and New York, has seen a steady daily increase in the number of infections and deaths, with nursing home residents accounting for more than 90 of the state’s 118 deaths.

One Austin protester taped her mouth, saying the constitution was “under attack”[/caption]

Do you have a story for The US Sun team?

30 Little Moments That Suggest You Are Slowly Beginning To Heal

How To Get Stuff Done When You Are Tired